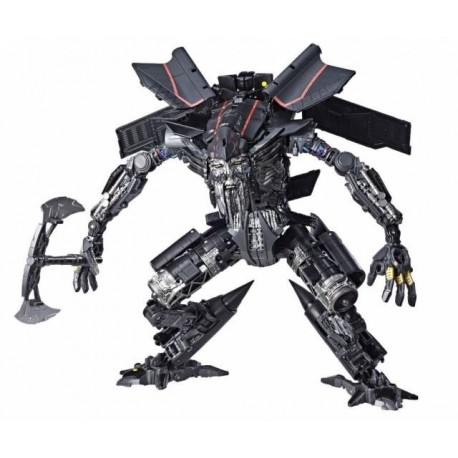 Figure scale reflects the character’s size in the world of Transformers: Revenge of the Fallen. Premium figure and packaging are inspired by the iconic Pyramid Desert Battle scene where Jetfire makes the ultimate sacrifice, heroically giving up his parts to restore and strengthen Optimus Prime. Imagine this scene and use parts from this Jetfire figure to convert the 32 Voyager Optimus Prime figure into Jetwing Optimus Prime! (sold separately).

This product is no longer in stock

Be the first to write your review!